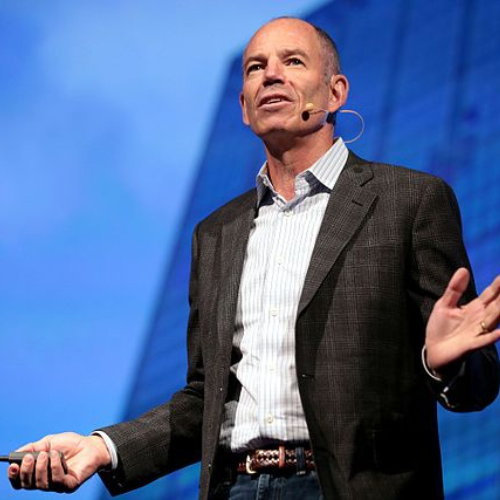 A co-founder of Netflix and a serial entrepreneur, Mark has four decades of experience building successful companies. He is an energetic storyteller, continuously sharing nuggets of wisdom through his mentorship and public speaking, and encouraging the audience to take a risk and have confidence in themselves, especially when they have a really good idea.

Marc is a veteran Silicon Valley entrepreneur, advisor and investor. Best known as the co-founder and first CEO of Netflix, his career as an entrepreneur spans more than four decades. He also served on the Netflix board of directors until retiring from the company in 2003.

He  has founded or co-founded more than half a dozen other successful start-ups, mentored rising entrepreneurs including the co-founders of Looker Data which was recently sold to Google for $2.6B, and invested in numerous successful tech ventures.

He is also the author of the internationally best-selling memoir, That Will Never Work: The Birth of Netflix and The Amazing Life of an Idea, – which tells the untold story of Netflix. He is host of the top-10 Apple podcast: That Will Never Work, where he works directly with entrepreneurs to provide 1-on-1 mentoring. He is also a judge and investor on Entrepreneur Magazine’s Elevator Pitch web series.