#EarthDay2022: 5 Answers to Your Questions About Biodiversity - Zebra Insights

Biodiversity is a vast term and one way to think about it is as “natural capital.” We can consider the environment from an economic point of view and see nature as being a “stock” of living and nonliving components. Biodiversity constitutes the living component of this natural capital, so it includes the number of different organisms and their relative frequencies in an ecosystem that support everything we need to survive: food, clean water, fresh air, medicine etc.

Without biodiversity, the entire support system for humans, as well as animal life, would collapse. The different plants and animals are interconnected in vital ways that we don’t even always understand. We cannot get the benefits from individual species – we need a variety of animals and plants to be able to work together and thrive. In other words, we need biodiversity.

3. Why do cities play an important role in the biodiversity crisis?

Cities have historically been established and developed in or near ecosystems that provide abundant contributions to urban societies, including water, rich soils and areas protected from extreme weather events. Urban areas caused the most destruction of high-biodiversity habitat, a 66% area increase in the first 12 years of the 21st century has significantly impacted natural ecosystems. Much of the land in and around cities is degraded, threatening native habitats, the genetic and functional diversity of flora and fauna, and the quality of air and waterways. 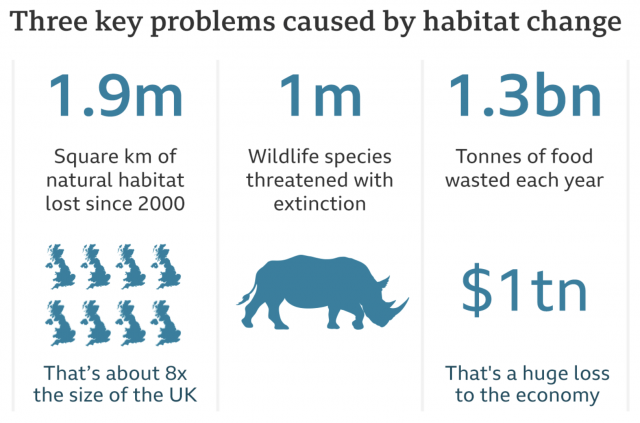 4. What are the business and economic implications of biodiversity?

Many business activities, especially activities related to resource extraction and cultivation, contribute to the pressures driving biodiversity loss. Biodiversity creates significant economic value in the form of such ecosystem services as food provisioning, carbon storage, and water and air filtration, which are worth more than $150 trillion annually—about twice the world’s GDP— according to academic research and BCG analysis¹. The operations of four major value chains—food, energy, infrastructure, and fashion—currently drive more than 90% of man-made pressure on biodiversity. Damage to ecosystems including forests, grasslands and coral reefs — and the associated loss of biodiversity — could drain nearly $10tn from the global economy by 2050, according to the Global Futures report from the World Wide Fund for Nature (WWF), the conservation group².

5. What is the plan for the future?

Investors and companies often fail to put a price tag on the benefits they receive from the natural world. Biodiversity is this major risk that we face but which people have largely ignored within the financial sector. A reason for that is a lack of data and measurement standards. To fill this gap, there are some big projects taking place including Microsoft and the UN Environment Programme’s Finance Initiative (Unep FI) which launched projects in 2021 to quantify the value that humans and companies receive from the natural world.

Separately, the Unep FI is teaming up with the governments of the UK and Switzerland, WWF and others to develop a Task Force on Nature-related Financial Disclosures. The body is modeled on the Task Force on Climate-related Financial Disclosures (TCFD) headed by former Bank of England governor Mark Carney, which set guidelines for how companies should disclose their carbon emissions.

The World Economic Forum and Colombia have partnered to scale a global initiative with a major ambition: BiodiverCities by 2030. They encourage city officials, the private sector and the whole urban community to harvest and spread the evidence on the real opportunities for cities to reverse their impact on nature and to build an enabling environment in their own city contexts whereby biodiversity and nature-based solutions are brought to the center of the urban agenda³.

To learn more from experts tackling biodiversity and climate change crisis, reach out to our team for more information at info@zebrainsights.com or just fill out this quick form on our website.

1. The Biodiversity Crisis Is a Business Crisis, BCG