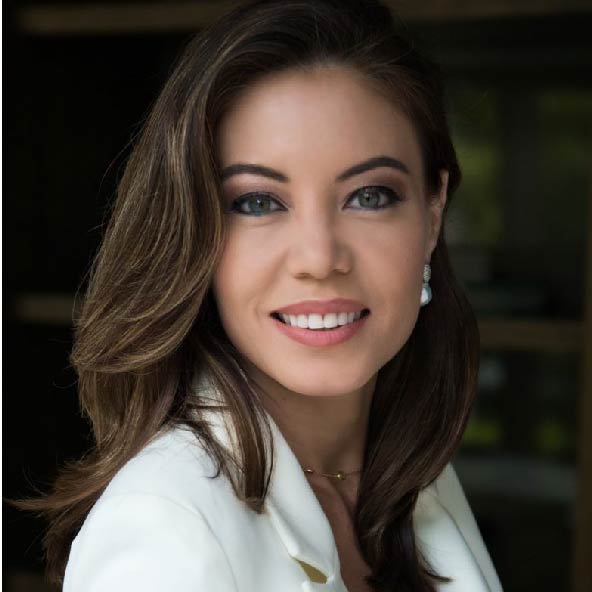 Christine Amour-Levar is a French-Swiss-Filipina Philanthropist, Adventurer, Author and Human Rights Advocate. She has built a global career as a Marketing & Communications Expert and Social Entrepreneur intent on solving some of the world’s most pressing issues. A passionate champion of female empowerment and environmental conservation, Christine co-founded Women on a Mission (WOAM) and founded HER Planet Earth, two award-wining, not-for-profit organisations that take all-female teams on pioneering expeditions, as a way to support worthy causes. HER Planet Earth’s primary objective is to raise awareness and funds for underprivileged women affected by climate change, while WOAM aims to empower women who have been subjected to violence and abuse.

Christine is also Head of Impact Partnerships and part of the founding team at Force for Good, a Social Tech Startup that is disrupting philanthropy and connecting changemakers globally. She is an active Board Member and Advisor to several purpose-led organisations focused on Female Empowerment and Sustainability, including Impact Investing, Fintech and Cellular Agriculture.

As a Writer she has contributed to international publications such as Forbes, The HuffPost, the Straits Times of Singapore, the Manila Bulletin Newspaper of the Philippines, etc., and has had speaking engagements with INSEAD, Nike, TWBA, Credit Suisse, TEDx, and more.

Being included on Tatler Asia’s Most Influential Impact List 2020, Christine has won multiple awards including the United Women Singapore Gender Equality Impact Changemaker Award, a Women of the Future Kindness & Leadership Southeast Asia Leading Lights 2020, and the ‘100 Most Influential Filipina Women in the World’ Award™.