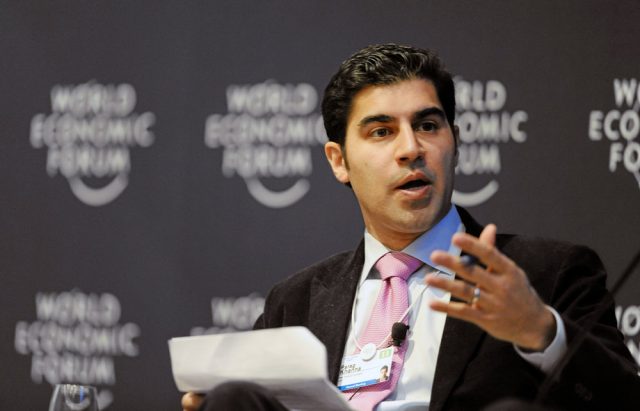 The expert is a leading global strategy advisor, world traveller, and best-selling author. He is the Founder & CEO of Climate Alpha.

Parag Khanna is a leading global strategy advisor, world traveler, and bestselling author. He is Founder & CEO of Climate Alpha, an AI-powered analytics platform to forecast asset values and future-proof global real estate, and Founder & Managing Partner of FutureMap, a data and scenario based strategic advisory firm. Parag’s latest book is MOVE: Where People Are Going for a Better Future (2021), which was preceded by The Future is Asian: Commerce, Conflict & Culture in the 21st Century (2019). He is author of a trilogy of books on the future of world order beginning with The Second World: Empires and Influence in the New Global Order (2008), followed by How to Run the World: Charting a Course to the Next Renaissance (2011), and concluding with Connectography: Mapping the Future of Global Civilization (2016). He is also the author of Technocracy in America: Rise of the Info-State (2017) and co-author of Hybrid Reality: Thriving in the Emerging Human-Technology Civilization (2012).

Parag was named one of Esquire’s “75 Most Influential People of the 21st Century,” and featured in WIRED magazine’s “Smart List.” He holds a Ph.D. from the London School of Economics, and Bachelors and Masters degrees from the School of Foreign Service at Georgetown University. He has traveled to more than 150 countries and is a Young Global Leader of the World Economic Forum.