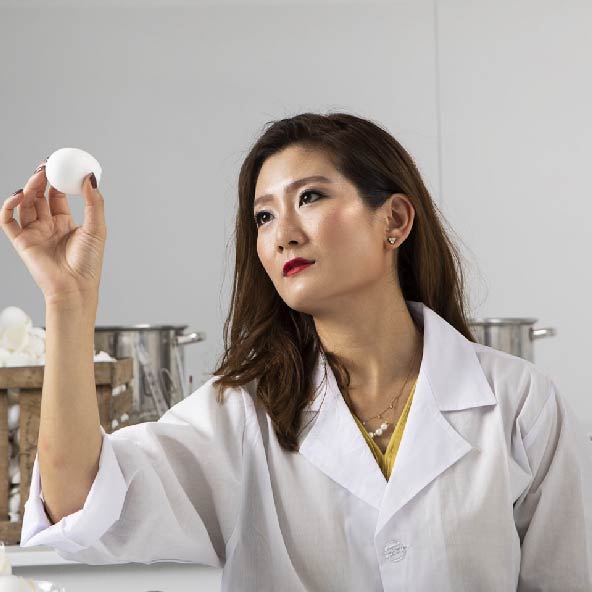 The expert is founder of THE FABRICK LAB, who brings together textiles, electronics, biomimicry, interiors and installations. She is a British Chinese visionary multimedia artist and a graduate of Central Saint Martins in London where she earned her MA Design in Textile Futures with distinction.

She is also known as the ‘techno fairy’ by Elle Deco, is a TED fellow and is globally recognized, having worked with international design companies such as Nissan Design Europe and Nokia Design Beijing with multiple design awards. In 2015, she became the recipient of the Swarovski Designers of the Future Award, which acknowledges emerging studios and designers who are actively expanding design culture through experimentation with cutting-edge technologies.

As a grant recipient of Hong Kong Design Trust, her feature project includes creating an on-going textile experimentation, a synergy between traditional craft and modern understanding of material. Through visiting Guizhou in South China, working with local weavers, she is designing an efficient work model with the Guizhou villagers. This in return aims to achieve the final goal of skill exchange and can help the villagers to create a sustainable way of living through making exquisite craft for the urban consumers.