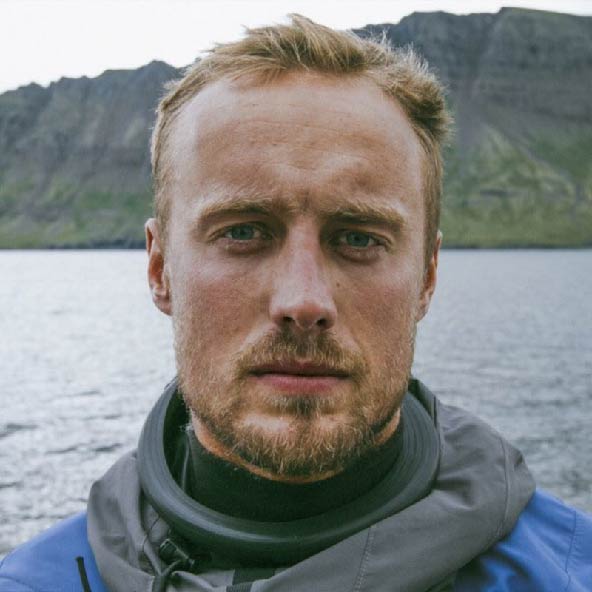 George is a world record-breaking explorer. He is passionate about the wilderness and believes that through the outdoors, we can change lives. At the age of 19, George broke the record for the longest unsupported polar journey of all time. The greatest living explorer, Sir Ranulph Fiennes described the staggering 1,374-mile journey as “genuinely groundbreaking”. George is able to land messages of resilience, never giving up, managing failure, teamwork and trust. Personalising a talk to any situation.

Polar Bear attack in Svalbard. We have all been through a tough time recently. This story is about leadership, resilience and teamwork in demanding conditions that were completely unexpected.

Kayaking across the North Atlantic Ocean in the wake of the finmen. This trip was an exceptionally dangerous trip where the margins for error were minute.

At 19, I broke the record for the longest unsupported polar journey in history. This is the story of what it takes to walk over 1,000miles unsupported in the deep freeze.

Sailing the Pacific Ocean through the great pacific garbage patch. First hand witness to the extent of plastic debris. Retake photography studies in the Arctic on Glacier show the true effect of the last 50/100 years on our planet.

George started his career in finance before leaving to follow his passion into the outdoors. He is now a world record breaking explorer, endurance athlete and speaker.

To date, he has covered almost 2,000 miles on foot in the polar regions, spending more than 26,000 hours in isolation. If you believe Gladwell’s 10,000 hour rule, that makes him a master of remote, hostile environments.

At the age of 19 George completed the world’s longest fully unsupported polar journey, 1374 miles on foot. A feat described by Sir Ranulph Fiennes, the world’s greatest living explorer, as “genuinely groundbreaking”. Since then, George’s expeditions have included the archipelago of Antarctica, cycling across Europe, climbing unnamed peaks, driving North West Africa and sailing the Southern, Atlantic and Pacific oceans. George has guided over 350 people of all ages in the Amazon rain forest, the Indian subcontinent, Greenland Icecap and Svalbard.

George’s next project demands a return to sub zero 40°C temperatures for The Dark Ice Project. A pivotal barometer to the health of our planet, more is known about the surface of the moon than the Arctic Ocean in winter. Decisions affecting our planet’s future rely on new data collected first hand by George and his team while surviving in a sunless, Arctic winter.

He holds a Bachelor Degree from Edinburgh University.