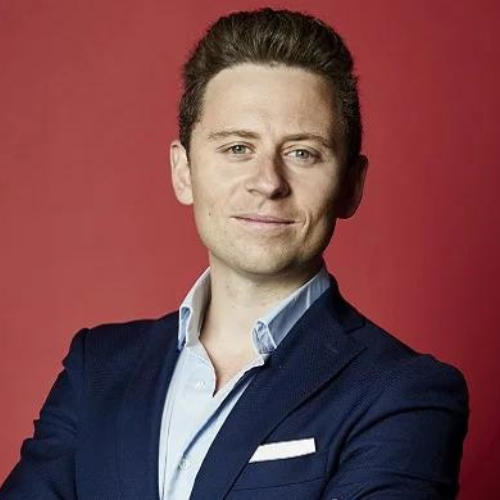 Laurence is an energetic speaker and award-winning CEO with an established reputation as a powerful communicator and thought leader on both technology and entrepreneurship. He captivates the audience with memorable messages and technology demonstrations.

Laurence is the award-winning founder and CEO of Pavegen, an innovative clean technology company. Headquartered in London with an R&D center in Cambridge, Pavegen manufactures a floor system that instantly converts kinetic energy from footfall into off-grid electricity, data and rewards. He founded Pavegen in 2009, after graduating from Loughborough University with a degree in Industrial Design and Technology.

He has worked with some of the world’s some of the largest companies including Adidas, Coca-Cola, Formula E, Google, Heathrow, Lexus, Samsung and Shell. Recent highlights include creating the world’s largest energy harvesting floor with Google to launch the company’s new flagship smartphone in Berlin. To promote his clean tech vision, he has also partnered with influencers including serial solar entrepreneur Akon, football legend Pele and global innovator Will.I.Am.

His entrepreneurial savvy and technical knowledge frequently attract coverage from the world’s press. Recent articles include pieces by the BBC, CNN, Financial Times, Forbes, The Huffington Post, The Times, The Wall Street Journal, the Washington Post and WIRED. The Daily Telegraph describes him as a “boy genius”.