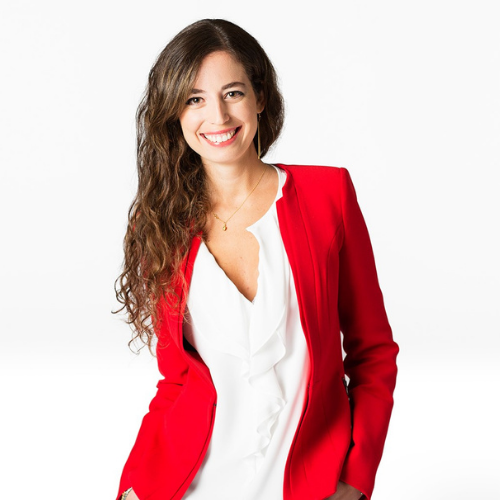 An eloquent and passionate big stage speaker who, through her invention Chipsafer, a software platform to track cattle, and remotely and autonomously detect anomalies in their behaviour, aims to help farmers improve the safety and security of livestock herds, while reducing ranchers environmental impact and providing traceability across the bovine lifecycle.

Victoria Alonsoperez is an Electronics, Telecommunication, and Electrical Engineer, Entrepreneur, Inventor, United Nations Young Leader for the Sustainable Development Goals, and World Economic Forum Young Global Leader. She is also an International Chamber of Commerce Small Business Champion. In 2012 she invented Chipsafer, a patented platform that can track cattle remotely and autonomously. Thanks to Chipsafer in 2012 she was the winner of the International Telecommunication Union Young Innovators Competition and in 2013 she won the Best Young Inventor Award from the World Intellectual Property Organization (WIPO). In 2014 the Inter-American Development Bank selected Chipsafer as the Most Innovative Startup of Latin America and the Caribbean, and the MIT Technology Review selected Victoria as the Innovator of the Year – Argentina &amp; Uruguay. In 2015 Chipsafer got second prize in Chivas Regal Global Competition The Venture and the BBC selected Victoria as one of the 30 female entrepreneurs under 30. In 2017 Victoria was invited to present Chipsafer at the Solutions Summit at United Nations Headquarters in New York during the UN General Assembly. Outside of Chipsafer, her passion has always been space. She attended International Space University, where she co-designed a medical experiment for astronauts that won the Barcelona ZeroG Challenge, and then she served as the Space Engineering Department Teaching Associate. From 2014 to 2016, she served as Chair of Space Generation Advisory Council, a global NGO in support of the United Nations Programme on Space Applications, and she was co-managing editor of a small satellite programs book.
From 2015 till 2017 she was part of the Board of the Space Foundation. In 2016, the International Astronautical Federation (IAF) awarded her the Young Space Leader Award and she served as Special Advisor to the IAF President from 2016 to 2018. Victoria also served as Digital Innovation Lead at Airbus and led the creation and development of AgNeo, the Airbus Agriculture Digital Platform.